What’s in a name? The Bible says that God knows our name. Do you find that comforting? I sure do!

When I was growing up with an unusual name, I found that people had trouble spelling it and pronouncing it. I used to dread the first day of school, wondering just how this new teacher would butcher the pronunciation of my name.

One time in particular really stands out to me. It was 6th grade. I already had a complex about my name because almost everyone got it wrong, and this teacher was no different. He kept calling me Janine. I have a cousin named Janine and have no problem with her having that name, but don’t call me Janine! That’s not my name!!

As a young girl, I got so tired of being called Janine, among other things. It was so very rare that anyone would say Janan the correct way. Juh-Nan. I absolutely despised being called Jan too!  Mostly I was called Jan-in (like the a in ran) and sometimes Jan-Ann.  Also NOT my name!!

So, back to 6th grade. This one day I guess Geri had had enough of this teacher mispronouncing my name too and she spoke up and said, “Her name is Janan, not Janine!” Do you know what that teacher’s response was???? Can you even guess????

He said, (I’m dead serious….this is really what he said, right in front of me) “Oh, Janan, Janine, what’s the difference?” Can you believe it? If I didn’t already have a crushed spirit, I sure did that day. I was not important enough to him as a student in his class, as a human being even, for him to care how to say my name!!

But God!! He Knows My Name!! Glory Halleluia!! 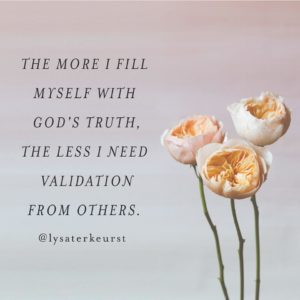 Psalm 147:4 says, “He determines the number of the stars and calls them each by name.”

Matthew 6:26 says, “Look at the birds of the air; they do not sow or reap or store away in barns, and yet your heavenly Father feeds them. Are you not much more valuable than they?”

Yes, God knows me, He knows my name, He provides for me, and He loves me!  Praise His name!!

This site uses Akismet to reduce spam. Learn how your comment data is processed.